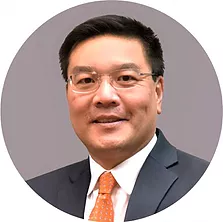 Mr. Chan graduated with a business degree from the American University and earned his Juris Doctor degree from St. John’s University School of Law. Mr. Chan is a member of the New York and New Jersey bars and has been admitted to practice before the United States Court of Appeals for the Second Circuit, United District Courts for the Eastern, Southern, and Northern Districts of New York and the District of New Jersey. Mr. Chan also served as a judicial clerk for the Honorable Karla Moskowitz of New York State Supreme Court – Commercial Division, New York County.